Do you know your Wieder Blutbad from your Fuchsbau? And your Zauberbiest from your Hexenbiest?

In the past I have written about various TV series, that I’ve gotten into and then binge watched! These have been The Walking Dead, Orange is the New Black, Vikings, Game of Thrones, to name but a few. However this last week I’ve really got into a TV series called Grimm and I’m so excited to tell you all about it! 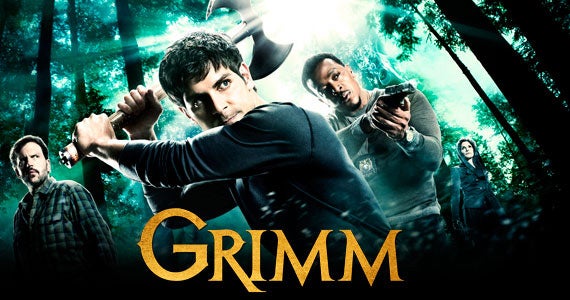 Grimm first aired in 2011, so I’m definitely behind on the times. However I also think it was probably under advertised in the UK (as a lot of things are) so it was never something I got into. That’s not to say I hadn’t heard of it, because I had, but it wasn’t enough to catch my eye. So when I noticed that Series 1-3 were on Netflix and Series 5 was due to start in October, I decided to give it a go. I’ll admit I watched the first couple of episodes a few months back and it didn’t really grab me, but forcing myself to sit at the table and get work done, I needed something to watch on my iPad. After several consecutive episodes I was sold!

In my opinion, one of the great things about Grimm is that there are LOADS of episodes in a series. Unlike Vikings or Game of Thrones where you get about 10 eps, Grimm has 22 (more like OUAT etc). This means when you binge, you really binge, and I’m absolutely loving that.

Wikipedia describes Grimm as “an American police procedural fantasy television drama series”, while the series itself describes it as “a cop drama—with a twist… a dark and fantastical project about a world in which characters inspired by Grimms’ Fairy Tales exist”. I have no idea what procedural means (and I can’t be bothered to look it up) but I assume both are basically describing what awesome means ;) The series follows someone called Nick, a cop with a partner called Hank. In the first episode or two, its revealed that Nick has a special sort of talent… which later becomes known as being a Grimm. He uses this “job”, alongside his cop role, to rid the world (specifically Portland) of bad guys and monsters. There are other main characters such as Sean, Juliette and Monroe (he’s my favourite) and more join as the series goes on. I really don’t want to spoil it too much for you, so I’m not going to go into any detail. Series One was a great scene setter. I was engaged in all the episodes, especially as deeper plots unfolded. The end of series one finale was amazing too and – the second thing I enjoy about binge watching – I went straight on to watch Season Two, desperate to know what happened!

I have to admit I found Season Two a little frustrating at times. Again without spoiling too much, at the end of Series One there is a cliff-hanger regarding Juliette, that leads into Season Two. I felt some of her plot line (memory loss) went on far too long and I ended up googling to see how far through the series it was before her memory came back!! It turned out it was about episode 18 so I did feel that season dragged a bit. Finally it got good again towards the end and the season finale was good too (though not as gripping as season one). That said I still went on to watch the next series straight away.

I’m currently on episode 14 of Season Three, so over half way through. I like season three a lot more than season two and I almost feel desperate to watch more! Yesterday I had Nat over and it meant I didn’t end up watching any. Today I’m writing this post and working on some Closet Geek projects, so I’m the same today! All regular TV watching in hold right now as all I want to watch is Grimm! If you haven’t seen it, I definitely recommend giving it a go – though do be warned it is a little dark and does have a bit of gore at times. On the whole when the kids are about, I pause it when they come in and out of the room. I think they’d be okay with it, but since some of the murders can be a bit gruesome, I’d rather be safe than sorry!

NBC is even suggesting “binge watching Season 4” on their website and I definitely hope I can do this in the next few days. It will be so hard watching one epsiode per week once I’ve caught up but its been really great getting here!