1.How many Tsum Tsum’s have you got?

Lots, far too many to be honest! I think close to 200 though.

Our first official Tsum Tsum was bought in Florida. I’m pretty sure it was the Cinderella collection, though we bought so many during the holiday, that I can’t be sure (there were some Toy Story ones from Disney Store and a few from Target). However unofficially I bought Anna and Elsa from Ebay, not realising they were “fan made”, even before we went to Florida.

Yes, lots actually. If I like a set, I tend to buy them all as it’s hard not to. However in some cases I will just grab the main characters.

4. What is your favourite set?

When it’s released, Beauty and the Beast will be I’m sure. However in the meantime it’s probably The Little Mermaid or Tangled sets.

5. Who is your most wanted Tsum Tsum?

Belle from BatB when it’s released, but otherwise Hiro and Honey Lemon as we missed them very early on and need them to collect our BH6 collection.

6. What set do you want them to make?

I think Sleeping Beauty would be pretty great, just to get the Fairies and of course Maleficent. Or maybe a Tinker Bell collection that featured her fairy friends. To be honest, once the Beauty and the Beast collection is released, I’ll be happy. (After thought – Hercules!!! I would love that)

I’m not at all interested in the Star Wars ones and neither are the kids. However I did pick up a few for Chris. He has Boba Fett, Darth Vader, Darth Maul and a Storm Trooper. He also has Venom from the Marvel ones. We do have several of the Marvel ones, especially the Avengers and Guardians of the Galaxy, but not all.

8. Do you have any ones from Clintons/Target/Other non Disney Store shops?

I prefer to get them from the Disney Store but our nearest one is over an hour away and postage online can be frustrating. We live 2 minutes away from a Clintons though so often we do grab them there, especially if we missed them at the Disney Store.

9. Do you dislike any Tsum Tsums?

I wouldn’t say I dislike any but I’m less fussed about several. I haven’t got any of the Jungle Book ones, I barely picked up any Nightmare Before Christmas ones and since I haven’t seen Zootropolis yet, I haven’t bought any of those yet either.

10. Who do you think they should have release with previous sets?

Not that I can think of! Thought honestly a part of me wishes there were 101 different dalmatians released. I might actually have been tempted to get them all (even though I definitely can’t afford that!) I do think it’s a shame we don’t always get the whole sets in the UK (King of Hearts from Alice being an example) and also the variants like Halloween versions or whatever else.

The last superhero movie I saw was Avengers – Age of Ultron and it was awesome. The other day, when Nat and I went to see the new Hunger Games movie, I got excited seeing the trailer for Deadpool which is finally out next year. Also with things like The Flash, Arrow and even Super Girl all currently airing on the TV, I thought I would share some of my favourite superhero movies.

I really enjoyed all the Batman movies that have been released to date, though I’ll admit the Dark Knight series was definitely my favourite. Christian Bale was by far the best Batman in my opinion and Heath Ledger at The Joker was just amazing. I’m really unsure about the new Superman Vs Batman that is planned for release as I’m just not convinced on Ben Affleck as Batman.

I’ve watched all three original Spider-Man movies but only one of the recent ones. I did enjoy Tobey Maguire as Spider-Man but I have to admit that Andrew Garfield was my favourite in the end. I don’t honestly know why I haven’t got around to seeing The Amazing Spider-Man 2 yet, especially as I love Emma Stone. It’s on my to-do list though.

No one will ever beat Christopher Reeve as Superman for me. I love Brandon Routh in Arrow these days but his role as Superman in Superman Returns was just dreadful. I haven’t even seen Man of Steel but it’s certainly not on my “must see” list. And like I mentioned above, I’m really not sure about Superman Vs Batman.

Way before the first Avengers movie, Iron Man (and its sequel were released). Iron Man is by far one of my most favourite superhero movies as I just love Robert Downey Jnr’s portrayal of him. The first Iron-Man movie is my favourite, followed by the third. I didn’t really think much to number 2, but it doesn’t change my love for Iron Man.

Still on the theme of Avengers, Thor was another movie that I had high hopes for, based on its main actor – Chris Hemsworth. I have to admit I loved it and again enjoyed Thor in the Avengers movie when it finally came out. I’m sad to say I haven’t seen the second movie yet. It was even on the plane, on the way home from Florida, but I chose sleep over Thor (though technically Robert Downey Jnr in The Judge before that).

Based on liking Iron Man and liking Thor, I fully expected to like Captain America too. Sadly I didn’t though. I like Chris Evans and I thought he was great, but the movie just didn’t really float my boat. I’m not one for war movies or soldiers so that didn’t help. I’m also not great with movies set in the past. I did however enjoy the character of Captain America in the Avenger movies and I’m sure I’ll eventually get around to watching Captain America 2, though like Man of Steel, it’s not high on my list of priorities.

I hated both these movies. Seriously. I used to love the TV series of The Incredible Hulk but both movies have been bad! The first one, titled just Hulk was by far the worst, Edward Norton giving a bit more credibility to the second one, The Incredible Hulk. Having seen Mark Ruffalo as Hulk in the Avengers movies though, I do wish they would make a spin off movie for him. I’ll keep my fingers crossed!

In all honestly, these are two completely separate movies and should have their own paragraph. However I didn’t like either so I don’t want to waste too much time writing about them. Daredevil was marginally better than Elektra but I wasn’t keen on Ben Affleck or Jennifer Garner. Both movies felt a bit cheap and low budget, though Colin Farrell as Bullseye was pretty awesome. 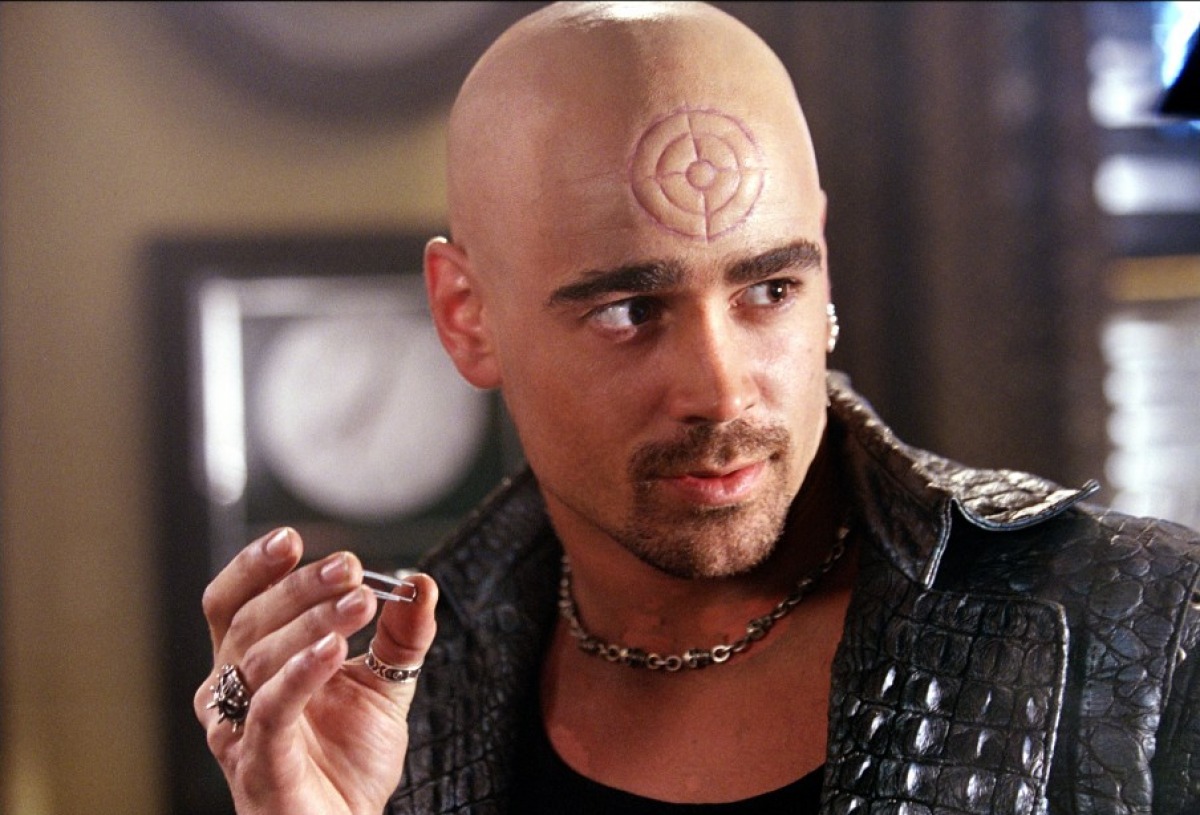 I’ve always been a lover of the X-Men movies and have watched each as they’ve come out. The third was my least favourite though and I have to admit to slipping a little behind recently. I haven’t seen either Wolverine movie, or Days of Future Past but they are all on my to-do list. X-Men First Class is probably one of my favourites, though I love Patrick Stewart and he was definitely missing for me. Hopefully Days of Future Past will solve that for me.

I absolutely love Ryan Reynolds and as such I enjoyed the Green Lantern. That said I think it could have been better and I wasn’t a big fan of Blake Lively’s part. That said, knowing Ryan Reynolds is also Deadpool makes me excited for that being released. I’m saddened to see they are making a reboot of Green Lantern in 2020 though as I don’t think that’s necessary.

Guardians of the Galaxy

Before this movie was released, I have to admit to knowing nothing about this particular storyline. That said I thoroughly enjoyed it and hope they plan to do more spin-offs. All the characters were great and the girls even enjoyed watching the movie. We have three out of the main four characters as Disney Infinity figures too.

There are several other movies that I haven’t mentioned such as; The Green Hornet (hated it), Fantastic Four (liked but not loved, no idea why they rebooted but haven’t seen it), Ghost Rider (love Nicholas Cage but wasn’t especially won over by this, haven’t even seen 2), Hancock (meh), Catwoman (meh, meh) and so on but I would be here for days if I listed them all! As a huge fan of the superhero genre I’m sure I’ll be seeing a lot more as they’re released and even catching up on those I’ve missed. Let me know what you think of the ones I’ve mentioned, or even those I haven’t!

So its that time of the month again, where my big box of geek arrives on the door step. If you read my blog regularly, you’ll know that I initially started my geeky delivery, by signing up to Nerd Block. However after 3 deliveries, I cancelled and started up a Loot Crate subscription. My first delivery was “Villains” and this month is “Heroes”. This is what I got! As you can see, I got quite an assortment! My favourite by far is the “Groot” from Funko. At the time the box arrived, I hadn’t actually seen Guardians of the Galaxy, but now I have and I love Groot. There was also a Teenage Mutant Ninja Turtle figure, presumably in lieu of the new movie coming out – a Chimichango’s magnet – some lightning shoe accessories from Shwings – a Mega Man car air freshener – and finally some TMNT sunglasses, which Chris kindly modeled for me! As with all the geeky boxes I’ve received so far, some of the stuff is great and some of it I just don’t know what to do with. Groot will join my growing collection of “Funko” toys and the glasses will no doubt go into the fancy dress – but the rest? I’m not sure. I do think these boxes are great and with regard to value for money, they are very good. However my problem is that on a regular basis, you can’t always guarantee that all subscribers like everything. Usually I justify the money because included in the boxes is a t-shirt. This usually covers the value I would spend and therefore the rest doesn’t really matter. This time, Groot pretty much covers the cost of the box (plus he’s a Loot Crate exclusive that you can’t get anywhere else) but I was disappointed there was no t-shirt. What do you do with the things you don’t want? Pass them on to a good home? Save them for a Christmas or Birthday gift for someone who will like it? Throw it in the bin?

My search for the perfect Geek box will continue, but there will be one more Loot Crate unveil to come, before I move on to whatever comes next!