We had four beautiful days of weather this week and on Wednesday we went to the park after school! 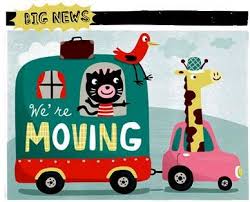 Though its something we’ve been pondering for a while, its now official – we are moving. I am leaving my beautiful, cosy and well loved village of Saxilby, to move to a house I can’t exactly say I’m in love with, in Gainsborough.

Those of you who follow my blog regularly, will probably know that I live in a lovely little village that I’m very happy in. I’ve lived in five different houses here and every time I move out of the village, I end up moving back. However the time has come to pack up the boxes once more and move to my partner’s house in Gainsborough – a house which needs a lot of work.

A long story short is basically that my partner has a house he bought (i.e. a mortgage) located in Gainsborough. I have a house I rent in Saxilby. For the last six months we have been living in mine and yet struggling to pay for both. We’d considered moving to his house several times, but to be honest its a house that needs a lot of work doing on and is also the place I had my car and handbag stolen last December (less about that said the better). As an alternative we decided to do up his house, while living in mine, taking the next year to get it ready to sell, basically re-doing the whole house (I really am not lying when I tell you its a huge work in progress – originally bought as a project house and having had hardly anything done to it since). However as time goes on, finances, changes to jobs and so on, its become more and more viable to move into his house and only pay one lot of bills. We’d been doing up the loft room anyway, with a view to starting at the top and working down, and so far its taken us about 6-7 weeks and we’re not even done with that one room. Its not been an easy decision to make but it has now been made. For the next year we will live in Gainsborough, do up the house and then sell it. When it finally sells we will move back to Saxilby, hopefully buying a house there that can be ours for life (or whatever that means these days).

I’m definitely glad about the decision and I feel that its the right one, but that’s not to say I’m a hundred percent happy with the decision. There is a lot of work that needs to be done, even before we move in. Right now the place is not only badly decorated and finished, its also full of clutter, mess and really quite dirty. Its also very much a boys house, not a family house. We plan to move towards the end of July and as such we have a lot of things on our “To do” list before then. Right now we need to finish the goddamn loft room, so we can move onto the lounge and outside garden as priorities. The girls room will also be one of the most important to sort out. I’m fairly confident that we’ll get everything done, but at the same time I do know its a really huge job. Our lives are going to be a bit upside down for the next year or so, but I’m hoping it will be worth it in the end. What I could really do with would be a Man With A Van, making the actual moving process easier, in preparation for the nightmare of doing up the actual house itself!

To end on, I googled up our new house. I found some creepy stalker information (like the 3 times its been sold and how much for) but also some pictures. Figured I’d share them with you as I document our transition from our current house to the new one. These are all floor plans of the house. They’re obviously still accurate as not much changes with regards to a floor plan and they are done after the loft conversion anyway – FYI a really badly done loft conversion.

Finally I’ll leave you with this picture of the lounge which I also found. I can absolutely assure you that it doesn’t look this nice any more… Some of you might well have heard about this and its not something I really want to go into much as the whole thing is horrific. However basically in London yesterday, a British soldier was mowed down by a car, then attacked in broad daylight (around 2.30pm) resulting in his death. It was two men who performed the attack, with knifes and cleavers, literally hacking this person apart on the street. They insisted on being filmed and photographed by the passing public – while many of the public actually even walked by without realising what was going on. It took place outside and army barracks, but also virtually outside a primary school. It really is one of the most disgusting acts I’ve seen or heard about in our country.

However the biggest shock of all today, was to find out one of the people involved actually came from the very quiet and idyllic village that I live in. Admittebly not originally born here etc. but having lived here since 2004. The police and reporters have literally swarmed the village today and school even sent out a message that children shouldn’t walk home alone today.

More can be read here:

Edit: Also to add to this post, the house he lived in (shown on the link above) was on the same road I actually used to live on 2 years ago. We literally lived about six houses away on the opposite corner of the road.

I don’t walk to work. In fact I don’t really walk many places. My house in on the edge of the village I live in and therefore I tend to drive to the shops and drive to the school. My job itself is in Lincoln and so I drive there too. However what I thought I might do is give you a walk around my village (all pictures from the internet, not me personally). The village I live in is called Saxilby. It is located to the west of Lincoln and is only about 15 minutes from there. I absolutely adore this little village and have lived in 5 different houses there. When I can eventually afford to buy a house, I hope it will be located in Saxilby too. Not far from where I live is St Botolphs Church. It’s the church I first got married in 14-15 years ago and its the main “church” in the village. Though I can’t say I’ve visited it recently for any reason, its certainly one of the main landmarks in Saxilby. Another main place in the village is the train station. We are very lucky in Saxilby to be serviced by both a bus and train route. I seem to find myself at the station almost monthly, with friends coming or going to visit. It’s not manned at all but its a really simple station to use. One side for one way and the other side for the opposite direction. A train journey into Lincoln is literally 10 minutes. The canal/river is another lovely landmark of the village. It runs all the way along the majority of High Street. Boats come and go all the time and luckily can moor up outside one of the two pubs along that stretch.

Saxilby really is a lovely village. On top of the things I’ve mentioned we also have a Lincolnshire Co-op Supermarket, a Post Office, Newsagents, Fish and Chip Shop and Chinese. There is a Fire Station, Police Station and a library too. We have 2-3 pre-schools and daycares, along with a primary school. There is a DIY shop, Charity Shop, 3 open pubs (and one closed), a village hall, Methodist church, doctors surgery etc. etc. When the Olympics were on we were even lucky enough to have the torch come through our village. I am both happy and proud to live in Saxilby and like I said before, I’d be happy to live here for a long time.